#violinist #horse #animalmusic #floripa #brazil #talented #horselovesmusic
Today was a good day to #fish #floripa
Come enjoy yourself #social #talk #laugh #explore
You busy tomorrow? Would like to conduct an interview on zoom with some people. Around 10-11 New York time. We will discuss what is happening around the world in an in-depth conversation with people from all over. Zoom and live YouTube. Come join me and others. https://youtube.com/c/EpicForestDestineWORLDTRAVELS
Happy days happy festivals.
#dance #talk #social #englishlearning #Munchers #EnglishMunchers
“The last lost legends” is a book about traveling and living in this reality that most really has no clue about. I’m Thor and welcome to my page. You can continue towards the site of @ForestDestine come learn and enjoy life
#bbq #invite #rsvp #beach #florianópolis #english
Continue to read little brief points inside “The last lost legends” to let you grasp the book and what you might find inside of it. Happy days.
#beach #family #2022

What a long crazy bus ride. Was supposed to be an 8 hour drive going 250 kilometers and turned into a 13 hour bus ride. So much traffic from Ramadan vacation time. Me and this Netherlands guy meet up on bus and he actually stayed in the same hostel previous to the one I just left from. Jakarta capsule hostel which was pretty nice place. Basically a hotel with many beds and dorms with having a theme of an old hotel also. 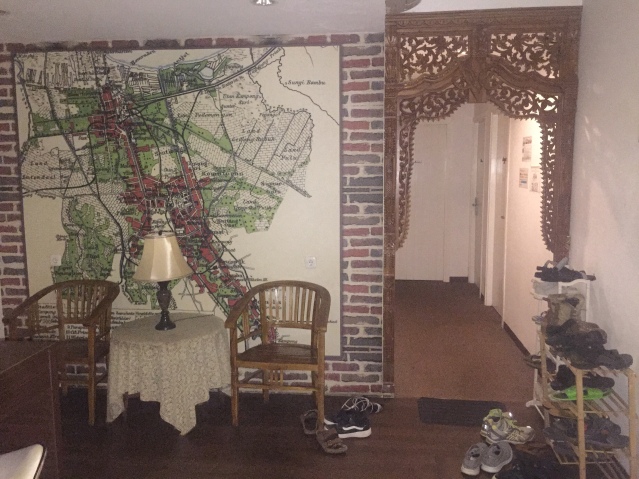 So we had some great conversations and I tried to sleep on the bus. Very hard to sleep sitting up. I had asked him if he wanted to share a room and he said sure, he already booked a place and told me name. “Blue KU” Well when we got off the bus he said he was tired and just got on a bike and drove off. So I guess he didn’t want to get a room together after all. So I walked to the beach and was going to go check out some rooms. We arrived at 6 am and I get to the beach around 7. The beach was completely packed. I could not believe my eyes. Like how is everyone awake this early. Madness. Crazy.

So I walked around and then got some food and headed to some hotels. They were charging 3-4 times more than normal. Crazy. So I had two choices. Camp out or go and try and talk with Dennis from Holland. So I walked 4 km to meet him. He sure in the hell was asleep and waited for him to wake up. It’s noon now and I ask him if he wants to get room. He said sure. So we upgraded to a bigger room and then we head out to grab some food. We walk through the fields to get to the beach and we walk all the way from where I went in morning another 4 km. 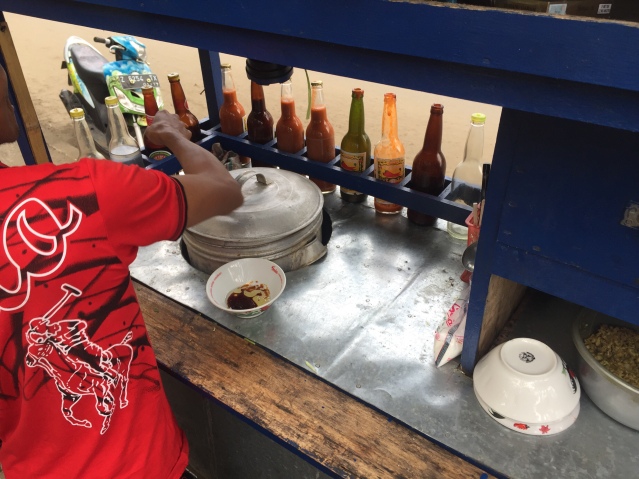 this is a coconut drink with jello in it. 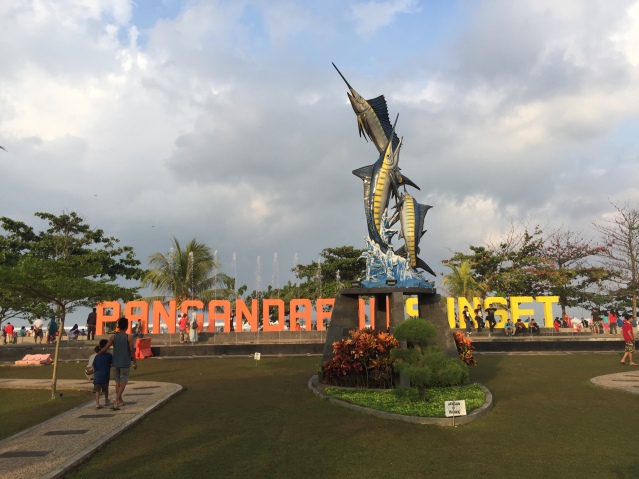 Many people riding dirt bikes on beach and was even more packed then in morning. Music jamming and people wanting pictures. Dennis says man you sure do get a lot of attention. O yes for sure. So many love me in Asia. After beach we get some food and head back. 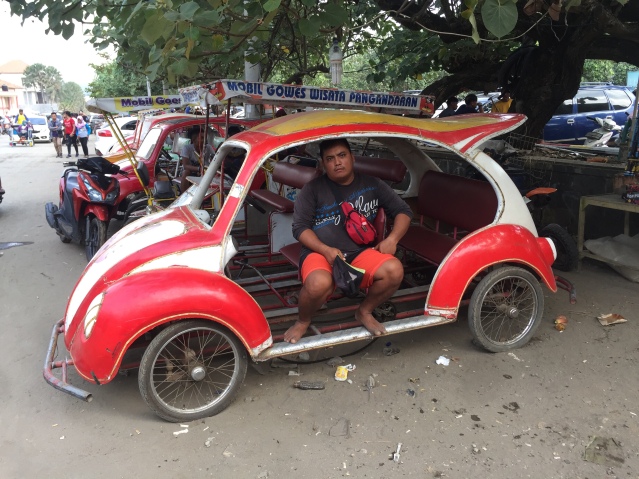 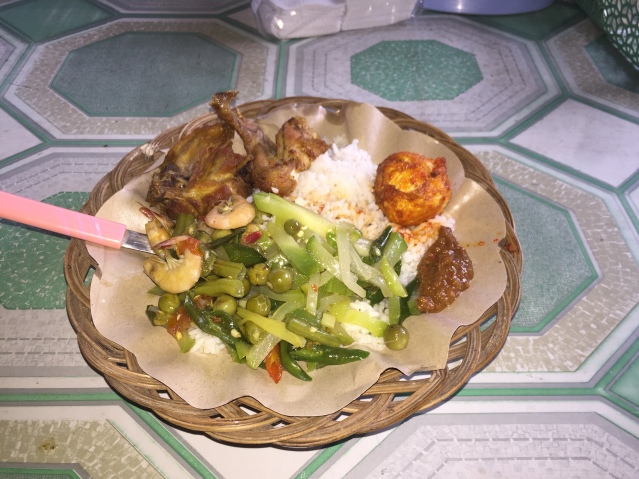 The land owner of the bungalow that costs us 250,000 a night so half and half. He invites us to a pen-gin bird practice. He had a lot of them out front and raises them too race. So in order for them to race they use males to run and they hold up the females to fly to them. Pretty interesting. Also was a lot of rooster fighting. Walked around the little village with the place we stayed at which was called blue Ku and wow so many people loved us. Like they have never seen a foreigner. Many waking out to the street yelling and clapping hands. Kids are so awesome. We have some beers, talked a lot to the locals that came up their and meet some other tourists and then went to bed.

I didn’t do nothing all day but write for 8 hours straight. This blog writing is not easy and is taking me forever to get caught up. But hey. I do so much damn incredible stuff it is hard for me to remember it all. Last night a major earthquake happened in Osaka japan killing 3. Today a ferry in Indonesia capsized and killed over two hundred. Trump talks about a space force being the fifth military force. So much crazy stuff happening in the world. Should look into a system called niberu heading for earth. And all of this madness is being caused by pressure and disturbing our system now. 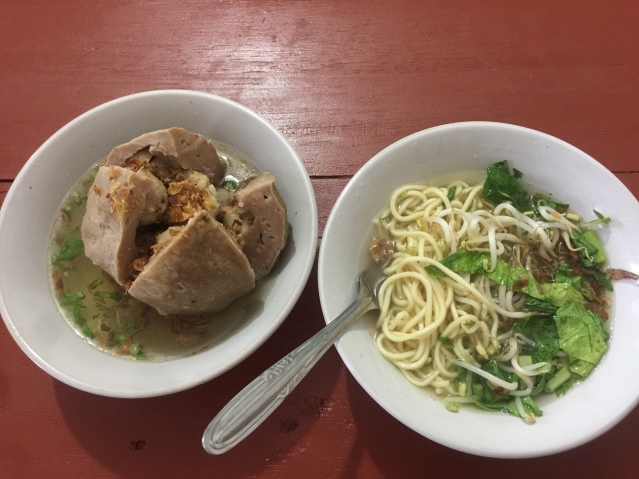 My travels My brain

Wanna get High! Pass the Ballon or pass out, 😂

Best waterfall in the World🥰😎😉

Donate or pay for merchandise.

I have 3 unique charms I designed that are in the shape of a backpack. A perfect traveler’s piece to wear to to give as a gift. 1. Is a two tone 2. Gold 3. Silver They are all made with bronze with a thick overlay of beautiful platings.

The last lost legends tells beyond our imaginations. The greatest most exotic travel experience going through 50 Territories in this world telling the stories of the best.